Romanticising Criminals: An Honest Review of "You" (2018)

Crime drama is a significant and popular television genre[1]. It plays a very important role in the portrayal of the character of offenders. These characters are influenced by different criminal and social theories. This also led to defining gendered traits, which became the model on which offenders and victims are perceived. Several studies have been conducted to understand these stereotypes in portrayals of characters[2]. A common trend in a crime drama is when the offence committed by a criminal protagonist is justified employing fiction and stories, underplaying the crime in totality[3]. In this context, we tried reviewing the Netflix series ‘You’ from a theory of paternalism and neutralism to understand how the criminal protagonist was normalised and if it led to any sort of victim-blaming and sexism*.*


Although the series is about a man (Penn Badgely) stalking women (Elizabeth Lail) and committing heinous crimes such as murder, impersonation, kidnapping, and so on, the description claims that


“a clever bookstore manager uses his savvy Internet know-how to make the woman of his dreams fall in love with him.”


As a result, the female protagonist’s personal life and character are shown as being full of flaws and poor decisions. This review’s goal is to examine the ideas that were utilised to create the characters and to defend the outcomes.


Paternalism is an ideology that holds that people should be denied to make decisions about their own life. The notion is based on the idea that if an individual or a group of individuals lack the capacity to make successful decisions, that power automatically passes to someone else. One of the strongest criticism of Paternalism from a liberal perspective is that it does not respect an individual’s ability to make decisions for itself, it argues that – one can change the circumstances in which an individual makes decisions, which could also encourage them to make better decisions, thereby improving their lives without any form of coercion[4].


Therefore, to substitute the negative consequence of a coercive paternal influence, all that is sometimes required is a Nudge, or to be precise, a small change in the circumstances or the options of a person to help them make better decisions.[5] Some however may argue that Nudging is also deceitful and the possibility that another person is influencing their decision without their knowledge is a cause of concern and can be unsettling.


However, Nudging is far better than Paternalism, since, forcing someone to do something, for what they assume to be the best decisions for that person, is less permissible than simply, nudging them towards their own decisions or leading them to an array of possibilities before they make their own decisions[6]. In a typical scenario of Paternalism, the person in influence makes the subject feel that the person is more aware of the issues of the subject and can help them with a superficial sense of providing them assistance out of their mess.[7] The three dialogues quoted below from the show covers all such instances of Paternalism:


“You have terrible taste in friends”.


“You will fall for the bad man, the ones who hurt you. There are scary people and I have to do what I am about to do. What you really need is someone to save you. I can help you. Let me help you”.


“Your best friend is capable of destroying you but that won’t stop me from trying”.

The offender’s acts are justified by the fact that the female lead (victim) is incapable of making sound judgments for herself. It also portrays a kind of help that he tries to offer, but all he does is control the conditions surrounding the victim, leading her to make decisions rather than forcing her to make any. When all of these considerations are considered together, his actions become justified or acceptable.


When criminals are aware that they are contemplating or performing illegal activities, they seek to rationalise their actions or to absolve themselves of the guilt that comes with them. Offenders do this by employing neutralising tactics[8]. Denial of victimhood, appeal to higher allegiance, denial of responsibility and the defence of necessity are just a few of the tactics. As a result, these individuals seek out strategies to mitigate such remorse and shame to maintain their reputation while engaging in delinquent behaviour. One method is to use neutralisation tactics, which give episodic respite from moral pressure and allow individuals to wander between delinquent and conventional behaviour.[9] Because neutralisation strategies weaken the moral impact of dominant cultural norms and neutralise the guilt of delinquent behaviour in certain[10].


In the series, several of these techniques are used to justify the actions of the offender and mitigate the effect of the crime that has been committed. The character drifts between a morally good and bad character. He is sympathetic to his neighbour’s child, for example, even though he commits murders. He looks after his drug-addict neighbour and instils excellent morals in her son. For instance, one of the dialogues for this scenario is:

According to the neutralisation hypothesis, delinquents typically use other reasons to excuse their unethical behaviour[11]. For example, crime committed on the streets or as a result of inequity explains the crime. Other crimes perpetrated as a result of disparities in race, gender, class, and other factors also contribute to crime. The deviant is well served and justified by these social and internal restrictions and limitations which were inevitably out of their control to justify their behaviour.

Personal responsibility for their conduct is deflected away from them and toward other people or external causes beyond their control. Individuals can easily indulge in delinquency without severe damage to their self-image since motivational patterns are inhibited. People who engage in such negative behaviour seek exemptions and think that certain mitigating circumstances exist. From the beginning of the series, it is well established that the actions of the male lead and all the crimes that he commits is for the love and affection that he has for the main victim. Until the end, it is tried to justify that through dialogues like:


Sexual assault against women has become commonplace in Western society. It involves rejecting or allowing an act of sexual aggression against a person, particularly a woman, to be excused. In addition to the arguments discussed above, the portrayal of women has a significant influence. Deviant behaviours such as drinking, using drugs, or being sexually promiscuous are among the behavioural traits of a woman that naturally gets victimised.


The revealing of a character’s sexual past, alcohol and drug usage, or any other behaviour believed to indicate that they are untrustworthy, unreliable, or irresponsible is commonly shown in the media. Their activities leading up to and after the assault are closely analysed, with media reports frequently inferring that they are partially to blame for the violence. Certain actions are also portrayed as blameworthy. This includes wearing a certain type of clothing, acting flirtatiously, or any such action that can be interpreted as a sign to a sexual encounter is considered as provoking and that the victim invited the crime. Certain behaviours are also represented as culpable. Wearing a specific style of clothes, acting flirtatiously, or doing any other action that may be taken as a hint of a sexual encounter is deemed inciting and indicates that the victim solicited the offence. Such actions are interpreted to imply that the victim either consented to have sex or that “she should have known.” There are numerous moments in the series ‘You’ where the female lead’s character is revealed to be weak. After making an improper sexual advance, one of the characters comments :

“You invited me for this”.


“Every account is set to public. You want to be seen, heard, and known. You have a big naked window. You want people to watch”.


Even in extreme situations, the demand that women be entirely “innocent” to obtain sympathetic media coverage contributes to and reinforces larger patterns of victim-blaming. The same rape culture may be found in real-life crimes. When images of young women being sexually abused by a group of men went online, it was met with a barrage of sexist remarks. Sexism and rape culture are always used to address such situations. As a result of these photos, the victim has been dubbed “Gluts” and has been accused of deserving such treatment.

Most people have no personal experience with crime or victimisation. They rely entirely on crime media to comprehend and experience crime, making crime fiction and crime media significant and influential. Because the public learns about crime through media portrayals, the representation of people and the seriousness of crime are viewed in the same way[12].

Women were less likely to perceive behaviour that matches the legal definition of stalking as detrimental or troublesome after seeing films like ‘There’s Something About Mary’ or ‘Love, Actually,’ according to research on romantic comedies.[13]


Similarly, in the series ‘You,’ the offender’s love and affection trivialise the atrocities he commits. The beliefs of paternalism justify the power that he attempts to build for stalking from the start. His killings and other reprehensible acts are justified by the same principle of knowing better. His character also aids the other needy people in the story by assisting them in overcoming their addictions, caring for an abandoned child, and inspiring the female lead character in her profession, among other things. This depiction offers a justified criminal an advantage over a less-than-ideal victim. It’s worth noting that, while the female protagonist does not explicitly show reprehension, she does feel uneasy by it. Another example of this instance from this show is:

Overall, it can be shown that the ideas impacting the characters in criminal media are mixed with casual sexism and rape culture, which employs stereotypes to condemn or dismiss crimes against women. This not only trivialises the essence of the crime but also legitimises it by justifying it. 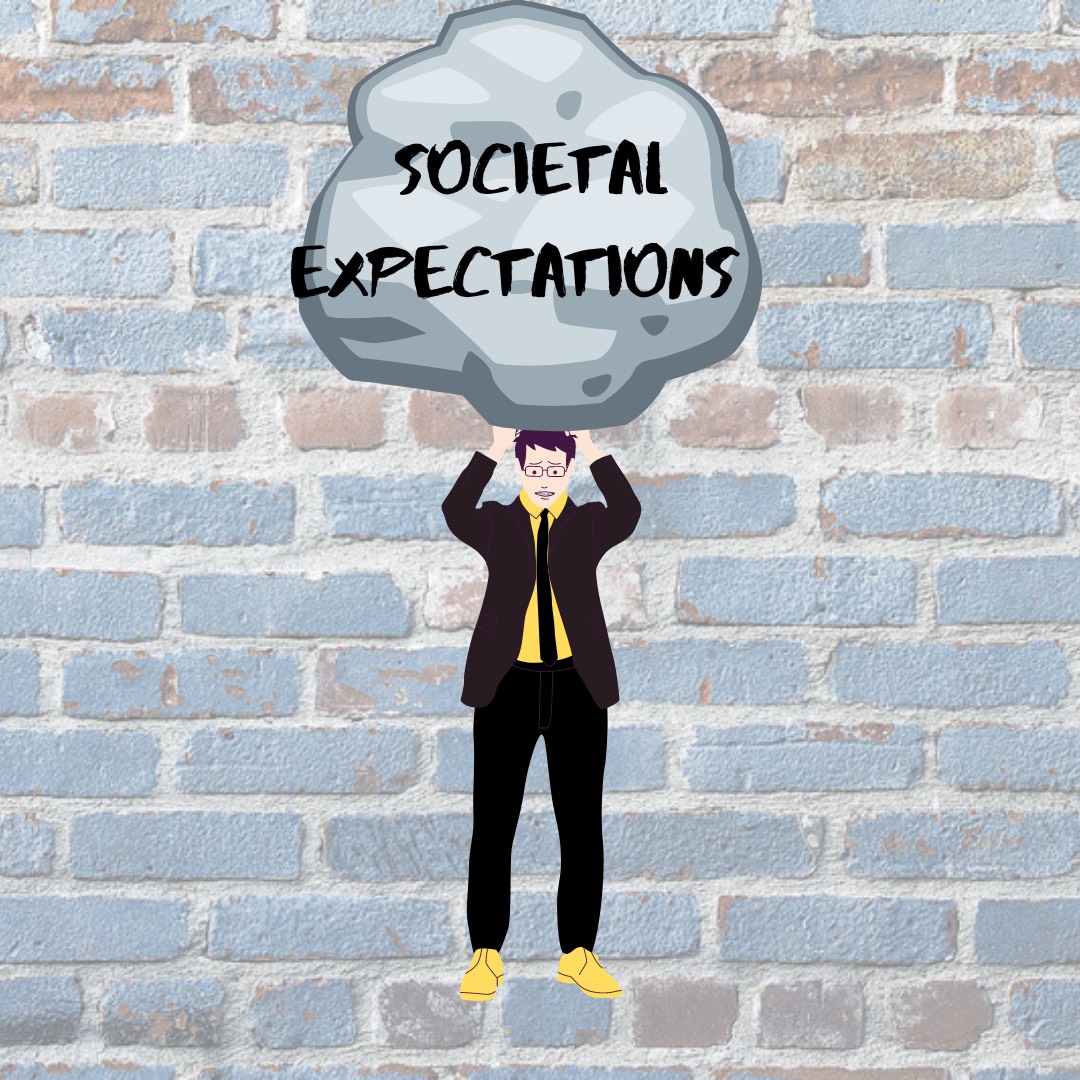