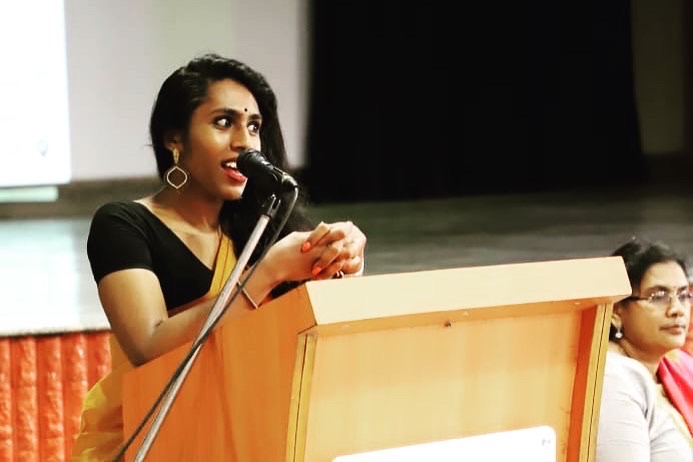 RENZDEZVOUS WITH SHILOK, A NATIONAL AWARD RECEPIENT OF THE RADIO SHOW, “LESBIANS IN THE SHADOWS”


Shilok is a National Award recipient for her radio show "Lesbians in the shadows", from the Ministry of Information and Broadcasting, Government of India. She is currently working as a Dancer for Chris Leuenberger Production, Switzerland on EF femininity Project and as a Performer for Zubaan Project with “Undraping Silence”. She also writes a fortnightly Column on Inclusivity and Diversity titled “Somewhere in Between” in the Indian National Newspaper, Deccan Herald. Recently, one of her poems has been included in the syllabus at Kuvempu University.


Shilok describes herself as a marriage of celebration and destruction. She celebrates queerness and destroys patriarchy; both through dance and poetry. Identifying herself as a queer person, she uses the powerful feminine energy in her, “Shakthi” as she calls it, to change the world through art. Her beloved dance form she describes as, “Athmanatyam” as a “language of the soul”. This Rendezvous with her is a sneak peek into the IF Mag team experiencing that soothing language of the soul.


Born and brought up in the town of Chikmagalur in Karnataka, India, Shilok spent her childhood days writing poems inspired by the natural beauty around her. She inherits her drive and strength from two strong women in her life- her mother and her grandmother. As she recalls, lovingly, her relationship with them, whom she describes as women of substance; having a voice of their own and immensely responsible. When questioned by the IF Mag’s team on whom the protagonist would be if she ever wrote a novel, her answer came with a proud smile- her mother and grandmother.


Moving to Bangalore to pursue her undergraduate degree from Jain College, was an experience she says that gave her an “exposure to cross-culturalism”. Reminiscing of her days in Jain College as a student, she states that the nurturing atmosphere was more accepting of her identity as a queer person.


On Identity and legalising LGBTQ Marriages:


Shilok assertively states that she wants be identified as a dancer, a writer, a human and that these identities mean more to her than being identified as a queer person.


While commenting on her experience as an RJ on her show, “Lesbians in the Shadows”, she states that she loved listening to stories of people. However, in the process of exploring herself, she could never claim herself to be a representative of the entire community. She believes that each person has their own identity and struggles. She poetically mentions, “I am sailing on the same sea as others, but I am on a different boat”, to describe oneness of struggles oriented with diverse identities.


On the queer movement in India and the queer movement in the West, she acknowledged the differences in socio-political systems that are behind these two movements. While the global struggle is for human rights, in the West, race is a problem; in India it is caste. But despite such differences there are two universally similar feelings- love and pain. She indicates that love and pain will unify the struggles to reform the society as a more tolerable one.


Shilok feels that India is the place to begin the project for legalising marriage rights for the LGBTQ community. She believes that both marriage and queerness is ingrained in the Indian culture through mythology and art. Beyond the emotional aspect, there underlies a legal aspect that provides social security for LGBTQ couples. She states that despite the existence of trans matrimonial forums, the fact that such marriages are not legally recognised, discourages people from the community to embrace matrimony. Simple social security aspects such as getting insurance for a partner or opening joint bank accounts become an issue if LGBTQ marriages are not given legal recognition.


Vesting faith in the Indian legal system, she hopes that the legal recognition would be granted soon. “We are not asking for a favour, we are asking for recognition of our rights”, she says with reference to legalising LGBTQ marriages. 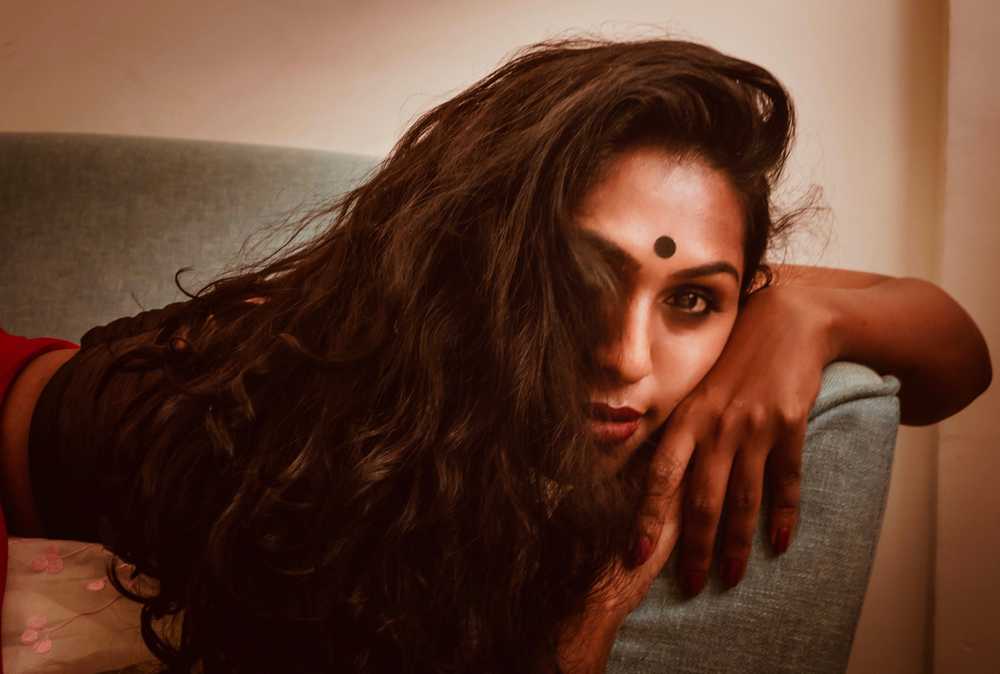 On the Queer Art and Literature Movement:


The Queer Art and Literature Movement which uses art forms like fine arts, dance, music and poetry explores the varieties and depths of queer identity. Queer Literature allows readers to view the LGBTQ people in worlds where their identities matter. But rather than isolating, it connects people who share the identity.


Shilok, an artist and a multilingual poetess, believes that art is something that gives one freedom. “The heteronormative structure has made me dysfunctional, how do I then beautifully become functional? By screaming my functionality through Art. I don’t mind screaming out loudly either, however, if I am not heard”, she says. She emphasises that art, being the language of the soul, is the medium for the marginalised communities to raise their voices against their systemic oppression. Shilok also states that India is rich with the diverse culture and the queer art and literature contributes to such diversity.


For Shilok, feminism is merely a synonym for equality. Equality encompasses uplifting the marginalised- be it in the name of sex, sexuality, caste, creed, race or gender. She emphasises on the role of literature written by marginalised sectors in achieving the goal of feminism. Feminism, she believes is a hope for tomorrow to co-exist peacefully.


In today’s world, more people like Shilok are needed to achieve the most basic of human rights. By choosing to identify herself as a queer person, Shilok breaks the hetero-normative structure that our society shackles itself in, taking the first step in bettering our world.


Shilok was happy to read two of her poems for the IF Mag’s team- “Dimple” on her experience with Hormone Replacement Theory and a poem in her mother tongue Kannada “Baaduku Premadinda”.