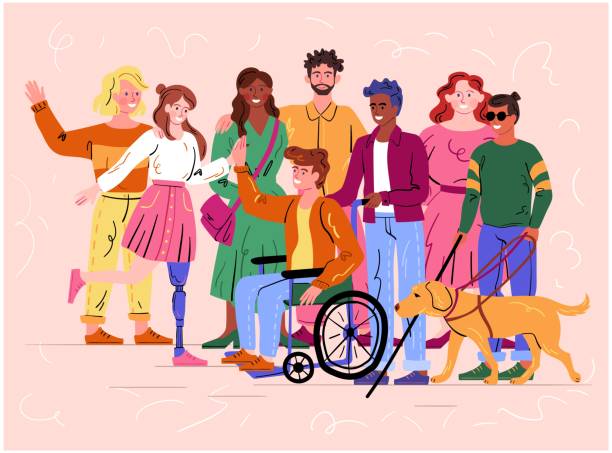 
The landmark case of Rajive Raturi v. Union of India laid down the foundation for the rights of differently-abled people. The case helped the State in recognizing the fundamental necessities of differently-abled individuals that are missed out in public and private interface services and facilities provided to the public at large. As a result, the state governments were compelled to make drastic reforms in the way they perceived the accessibility rights of such individuals and their right to a dignified life.


In terms of the rights of women with special needs, the erstwhile Person with Disabilities (Equal Opportunities, Protection of Rights and Full Participation Act, 1995) contained no specific references for the rights of women with disabilities (herein referred to as WWD). The vacuum and vulnerability associated with WWD were thoughtfully picked up by The National Policy for Person with Disabilities, 2006, (the National Policy) and it ensured that the PWD Act was drafted taking into consideration the specific issues about WWD.


However, there remains immense scope of development in this arena.   In this post, we briefly discuss some of those gaps which still need to be considered under the PWD Act for protecting the rights of WWD.


1.    WWD susceptibility to violence is not explicitly acknowledged under the PWD Act. The PWD Act, \[Section 7(1)] is a general provision that requires the government to take steps to safeguard people with disabilities. However, no such procedures have been outlined in the rules of the PWD Act and nor is there any action plan in place to prevent violence against women with disabilities.

2.    \[Section 10(2)] of the PWD Act protects WWD from being subjected to medical procedures which lead to infertility without her informed consent. Despite rampant sterilization, the PWD does not specifically recognize any measures to prevent these atrocious acts. Nor does it obligate upon the State Government to provide any assistance to disabled women who become mothers with or without their consent. It is only with the courts’ assistance and various cases of judicial activism, that WWD has gotten reliefs in the past instead of any directions under legislation coming to their rescue.


This was seen in the case of Suchita Srivastava v. Chandigarh, wherein the Supreme Court overturned the High Court’s judgement to terminate the pregnancy of a woman with mental impairment without her permission. While residing in a government-run welfare centre, the woman became pregnant as a result of rape. Given the late stage of her pregnancy and her willingness to carry the baby, the Supreme Court decided that terminating the pregnancy was not in her best interests. The Supreme Court held that people who are diagnosed with borderline, mild, or moderate mental impairment can be good parents.” And, forced sterilizations and abortions of mentally retarded people were deemed “anti-democratic” and “violative of Article 14 of the Constitution’s provision of “equal protection before the law.”

4.    Access for persons with disabilities to public facilities, roads, places of culture, and entertainment without discrimination came into focus only after the passage of the PWD Act, which lays out clear obligations on government authorities to create barrier-free facilities within their economic capacity. Many provisions have been enacted under sections 45-46 of the PWD Act. But,  there are no explicit directions or a framework for developing a transportation system that meets the demands of WWD. The same are essential, to ensure that women who need special care and support are not re-victimized when utilizing public transportation; an alternative would be if government transportation agencies collaborate with disability-related organizations and exchange ideas to raise awareness on improvements that could be made to the transport policies or systems to increase security.


Failure of paratransit to arrive on time or offer enough service not only creates annoyance, but it may also result in missed medical appointments and job issues for differently-abled individuals who need to travel to work.


In general, designing transport systems based on the needs of women with disabilities is an essential requirement for reducing victimization, and it also affects the ability to rise out of poverty (Mwachoﬁ 2009), gets access to work (Monde ´jar-Jime´nez et al. 2009); to participate in leisure, educational and hobby activities (Umb-Carlsson and Sonnander 2006); to make full use of transport (Prasertsubpakij and Nitivattananon 2012); to enjoy the social cohesion that counteracts antisocial behaviours (Moore 2010); and to promote health, including that of women with disabilities who live in rural areas, where public transport may be lacking. Although presently, the PWD Act does not properly reflect the intersectional nature of discrimination, the successful execution of positive measures within the law can lead to structural reforms that may deconstruct the hurdles that women experience in equal access to their rights.


A recent Supreme Court decision represents a watershed moment for WWD in India and throughout the world. In this rape case of a 19-year-old blind lady,  court recognized the fear of sexual abuse for women and girls with disabilities as “an all-too-familiar feature of their lives”. The case became noteworthy for its emphasis on intersectionality in its reasoning it  opined that it is “imperative to employ an intersectional lens to examine how different forms of oppression act cumulatively to generate a distinct experience of subordination for a blind Scheduled Caste woman,”…  The judgement reflects an understanding that courts are finally opening up to adopting broader perspectives and varied lenses while looking into cases involving people with disabilities in India.


Although violence against women with disabilities, particularly sexual assault, is included in criminal laws in India (IPC, CrPC, POCSO, Juvenile Justice Act, the Scheduled Caste and Scheduled Tribe (Prevention of Atrocities) Act, etc.) as well as the PWD Act – further studies are needed to see how successfully the disability-friendly processes are being followed largely by the Indian Courts.


Every person with a disability has a right to respect for his or her bodily and mental integrity on an equal basis with others, according to Article 17 of the UNCRPD. The right to integrity is essentially a right to respect an individual’s personhood and ensure that she can enjoy her fundamental rights. For a WWD, self-determination is one of the most crucial problems that they face. This right is further linked to several other issues that affect WWD. In the context of health, it is crucial in terms of the freedom to choose, respect for consent, autonomy, and so on. This right is especially important in the context of abuse prevention. As a result, in connection to the guarantee, the acknowledgement of the right to integrity, especially for women with disabilities, is required.


While in this post we limited ourselves only to the PWD Act, the other existing criminal codes must be also reviewed from an intersectional perspective to understand if they rightfully take into account the special needs of WWD and are holistic in that sense… Lastly, judicial activism may have been providing a lot of intersectional interpretation to the existing laws for giving meaningful rights to WWD but we still have miles to go before we can achieve equality for them in the real sense as provided under the Constitution of India. 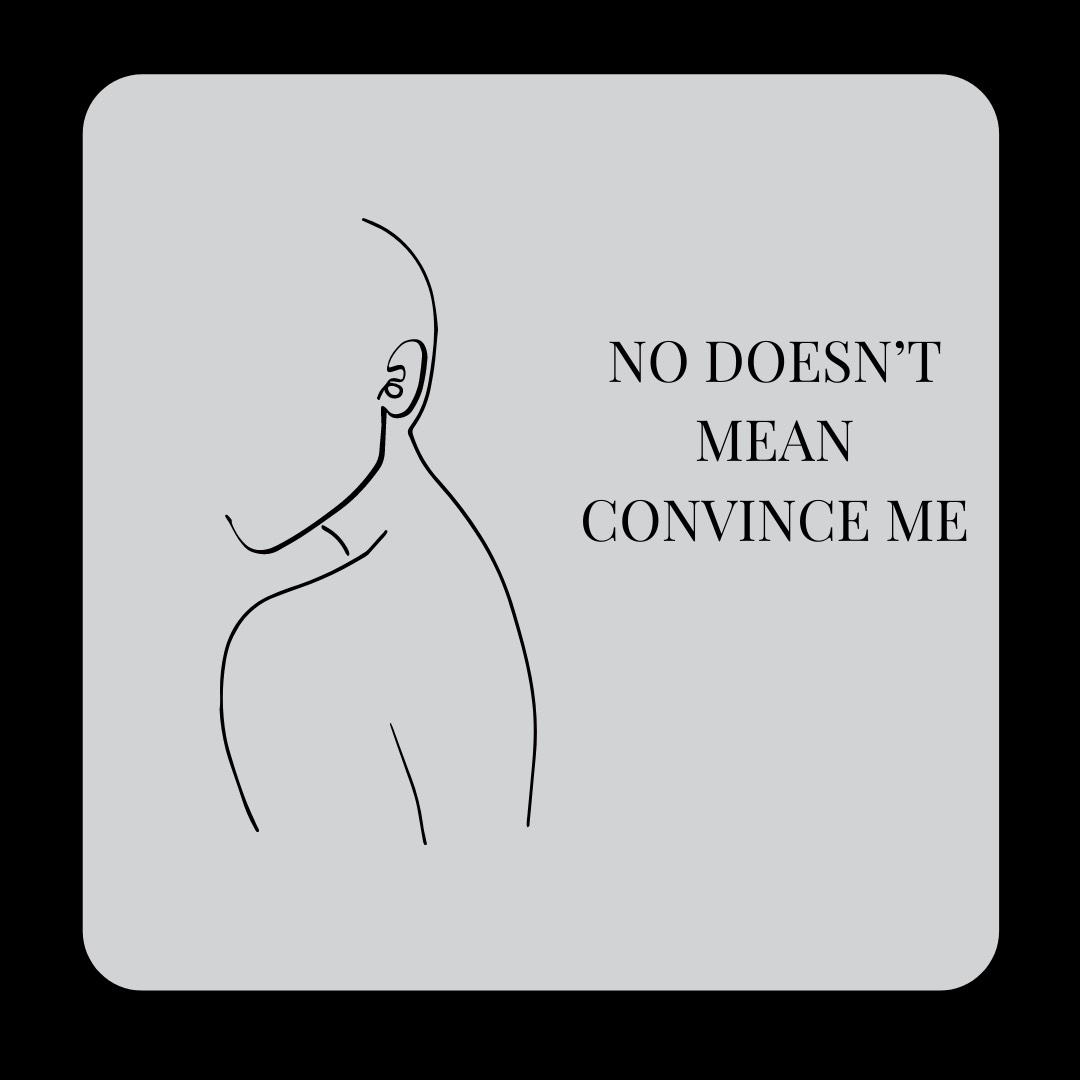