And the Voices Just Got Louder

Before entering the room, she took a deep breath and reassured herself- “You are not at fault. You did not do anything to deserve this. Stand your ground. You can do this!”


With a deep sigh and newfound confidence, she entered the room. She saw him sitting on the chair, staring deep into her soul with his resentful eyes, which made her feel like she had wronged him. The pit of her stomach turned, filling up with anger and self doubt. To distract herself, she looked around at the Committee members, most of whom were not showing any signs of emotion. She reiterated what she had told herself before entering the room and sat.


The proceeding began. The committee pounced on her like vultures feeding on a carcass, gnawing at every aspect of her life, trying to find that one piece of information they could use to somehow explain the behaviour of the man sitting across her. She had never felt like this: on display for people to ask her the most inquisitive questions about her life. With each question asked, her faith in the system abated. How was all of this anywhere related to her friendship or interaction with other people? How was her sex life or the various relationships she had been in any way connected to this?


“What kind of clothes do you wear when you are around them?” asked one.
“Do you drink or smoke?” asked another.
“Have you ever flirted with this man right here? Or did you ever give him an impression that you wanted to engage in any kind of sexual relation with him?”
“Ms. Kaira , why did your previous relationship end? Was it because he found out that you were sleeping around with other people, as alleged by the accused?”
“Are you a virgin? If not, when did you lose your virginity and how many sexual partners have you had since then?”


It was as though she was on trial and not the man. These questions haunted her mind even when she left the room: Her entire character was dragged through the mud. She felt stripped off of her dignity. If this wasn’t enough, she overheard the male member of the committee saying that there must have been some trigger for the man to act in the way he did. “This is such a petty issue. I do not understand why she is creating such a big fuss about it.” Her peers were hostile and the most insensitive bunch, insinuating that this was a mere cry for attention on her behalf. The people who had so staunchly advocated for the rights of women and spoke about how women should stand for themselves in similar situations were the ones who judged her the most.


“What did I do wrong to deserve such treatment?” she always wondered. She was time and again reminded that such things were a part and parcel of life for a woman and she should avoid getting into such circumstances. Creating a fuss was never going to help anybody and it would further hamper the boy’s future and career. What about her life? What about her future? What about the trauma, the isolation and the defaming that she was subjected to? They all had eyes but were blind, living in the denial and normalising such acts, encouraging more harassment without even knowing what they were responsible for.


And the voices just got louder, making her question her decision of fighting this battle. Such was the gaslighting effect that she started questioning her decision to fight this battle till the very end. Her mental health was debilitating; her friends isolating her from their cohorts. She was suffering while he was roaming around the corridors of the University, unfettered, unaffected and cocky as ever. Subsequently, with the passage of time, she tarted believing in what others said and let it affect her, making her feel that it was ultimately her fault that such a thing happened to her; that the reason this had happened was because she was too bubbly and friendly, that the boys were merely acting on their basic instincts and that she was the spark that ignited this entire fire. There she was pondering over all of this, blaming herself, when the much needed support came from the least expected places. Thanks to the support system, she somehow stood back up on her feet and made up her mind. They made her realise that she wasn’t wrong, that a strong woman like herself should not let these things get to her head. She remembered who she was and how this was not her fault. She had to take a stand and had to fight it all.


Will she succeed in this battle? She doesn’t seem to know. But one thing was clear- She was not going to give up this fight and let the gaslighting get to her. She was finally standing up for herself and for every other woman who had to undergo the same. And despite the chaos and the loud voices in her head, she was like the phoenix, rising from the ashes, stronger and determined. 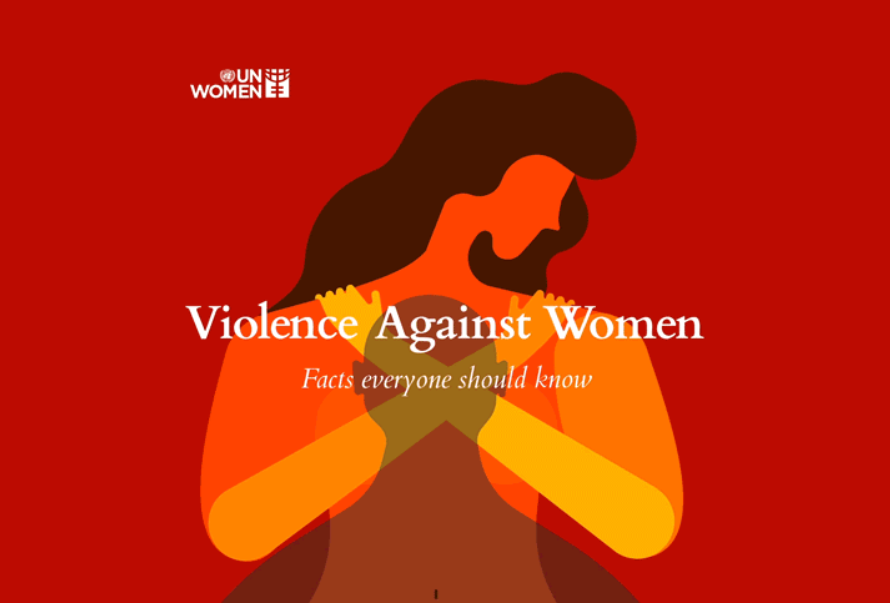 Orange the World: Commemorating the International Day for the Elimination of Violence Against Women

25th November was marked as a day against violence by the United Nations in 1981. However, in 199…