Disclaimer: This article in no manner intends to disregard the victimisation of women and persons of other genders by patriarchy. It only aims to propagate the struggle against patriarchy by reasoning the need for a more inclusive approach in feminism.


Patriarchy, a system perceived to be administered by men, of men, and for men has its ill-effects not merely on women and persons of other gender identities, but on men as well. The tiniest consequence of patriarchy’s sordid expectation out of men with something like men must hold doors open for women (who are completely capable of doing it themselves) is on the surface, the problem penetrates deeper, having serious ill-effects.


Patriarchy’s most fundamental expectation out of men is to be physically, intellectually, emotionally, and financially stronger than people of other genders. While this fundamental ideal springs out of its own set of privileges, it also imposes a sense of “superiority” that more often than not, leads to “toxic masculinity”. The argument that toxic masculinity leads to oppression of women and people of other genders is undeniable. But, it is also true that the expectation to be perpetually strong in every aspect of life, with no choice given to express vulnerabilities is inherently unreasonable.


Understanding and empathising with the vulnerable has played an active role in the sociological evolution of humankind. Our ability to specialise in certain roles while simultaneously developing a sense of co-dependability, aids in creating social value which invariably leads to positive social evolution. Yuval Noah Harari claims that the reason why humans successfully create more value in addition to what nature offers us is owing to our ability to function better in groups. In other words, we “create” because we are aware of our “abilities” and “inabilities” and empathise with one another.


Patriarchy’s gruesome role is in removing the experience, acknowledgement, and expression of vulnerabilities from men, by constantly demanding them to be stronger. This consequently leads to building and retaining a false conscience that “men are always strong”, taking away from them the choice to be vulnerable and/or choose to seek help.


The internet recently saw a flood of memes trolling Will Smith for expressing his life experiences in a beautiful and pure form. A small moment of letting down his guard cost him libellous harm to his reputation of being a “strong man” amidst the supposedly “woke” generation that constitutes a majority of internet users.


The Centre for Civil Society, a Delhi-based research organisation, has found that approximately 18% of Indian adult men surveyed had reported being coerced or forced to have sex. But reporting of rape against men or criminalisation of the same is still a tricky affair for multiple reasons. Firstly, laws preventing rape in most countries define rape as a crime against women and children, thus leaving men out of the ambit of protection. This is largely owing to patriarchy’s propagated belief that men are stronger and are hence not capable of being victims. Secondly, rape on men by other men is perceived with homosexual undertones, which in itself is an offence in many countries.


Years of patriarchal social conditioning have created staunch stereotypes for all genders. While feminism provides women with the liberty to break stereotypes by making choices traditionally considered masculine; men aren’t provided with this choice. Men are expected to stick to traditional masculine roles which form the ‘norm’ and is to be aspired for. Men are often ostracised for making clothing, career, and other choices that aren’t “masculine enough”. Thus patriarchy takes away from men the ability to live as individuals in possession of free will, with more than one choice on their plates.


The perpetrator bias refers to the branding of certain individuals, groups, or communities as perpetrators of crimes while others as victims. It is undeniable that women and persons of other genders are prone to suffer victim-blaming in plenty of sexual-offence complaints. This article does not attempt to disregard or undermine the painful and unfair consequences of victim-blaming but merely acknowledges the existence of perpetrator bias faced by men.


Perpetrator bias has deeper consequences than merely presuming that the crime is committed by a man in most scenarios. It is blind to other factors of power and privilege such as age, race, caste, creed, financial or hierarchal positions of parties involved. It presumes that all men are capable of committing crimes against persons of other genders, merely because they are men.


5) The “Superiority Trap”. Are all men superior to all women?


Patriarchy’s fundamental expectation of men to be strong or superior is a trap, especially when combined with its inherent blindness to other social hierarchies. A white, elite woman might be socially and financially more powerful when compared to a less well-off man of colour.


Patriarchy is blind to the marginalisation of men belonging to marginalised races, castes, and classes of societies by urging that all men are superior to all women. This leads to lack of affirmative action being provided for underprivileged men against the privileges that some other men or persons of other genders may be born with.


What is the solution?


Feminism is often criticised to be a movement for women against men. The development of an understanding that feminism does not promote the idea of “men v. women” but “us v. patriarchy” is essential to truly bring a change in society. Men, women, children, and persons of other gender identities are all victims of patriarchy on different levels. It is also true that anyone can perpetuate patriarchy and its notions regardless of their gender. Hence, the real struggle of feminists is not against men but against patriarchy and its agents. 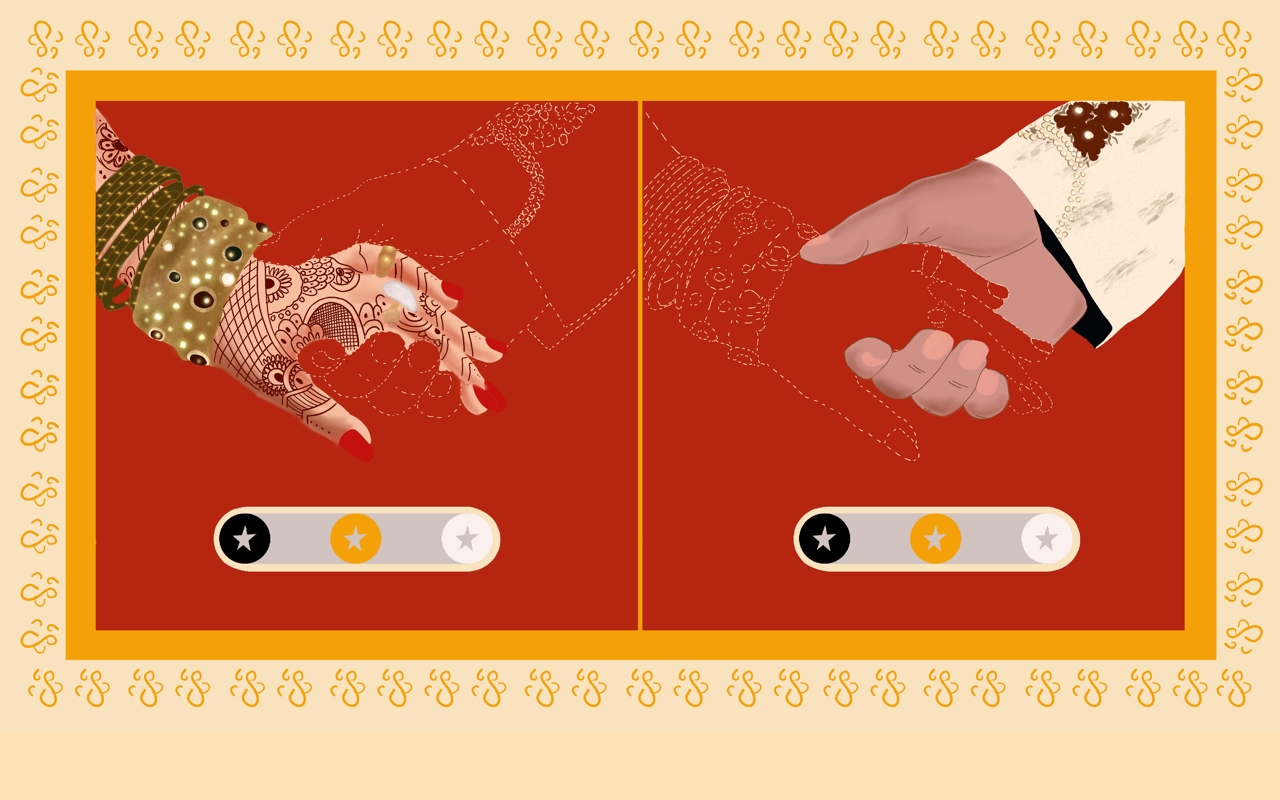 The Greys of Indian Matchmaking

As a 26-year-old woman in India, people don’t ask me about my future plans anymore. I’m at a stage…